DENTS was founded in 1777 in Worcester, England, the beautiful city of Worcester Cathedral, by John Dent, who cut the first pair of gloves under his own name. Dent's gloves are known as the "Secret Fit" because they fit so well that the wearer forgets they are wearing them. The gloves produced by DENTS are called "Secret Fit" and have gained fame. DENTS gloves are so perfectly fitted that you can turn the pages of a newspaper with the gloves on, which is a characteristic of DENTS. The perfect fit, which is said to allow the wearer to turn the pages of a newspaper without leaving the gloves on, is the result of the skill and experience of master cutters who, through years of experience and long periods of training, have developed the keen eye and dexterous hands essential for production, as well as the sure eye of careful and meticulous shaping and stretching of the leather. Today, in the 21st century, Dentz and its craftsmen, whose factory is located in the beautiful suburb of Warminster, Wiltshire, continue to produce exceptionally fine and beautiful gloves, faithfully preserving the tradition of John Dent's constant commitment to technique, quality, and craftsmanship that has endured through many generations. The company has been making gloves of exceptional delicacy and beauty for many generations. The craftsmanship and timeless style of the company, passed down from generation to generation, are still carefully cultivated today, more than 230 years after the company's founding. 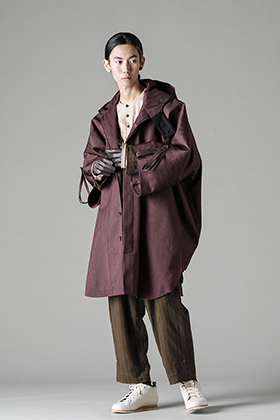 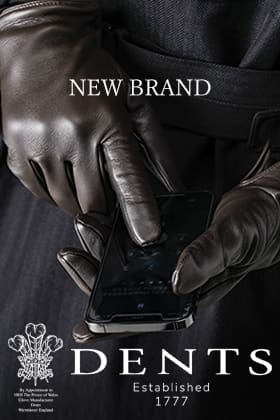 DENTS, the long-established leather glove brand that we have started to handle from this season, has just arrived!

Posted in News and FASCINATE